The Smoke Density test is used by the aerospace and transportation (railway) industries to determine the smoke generating characteristics of materials during combustion. 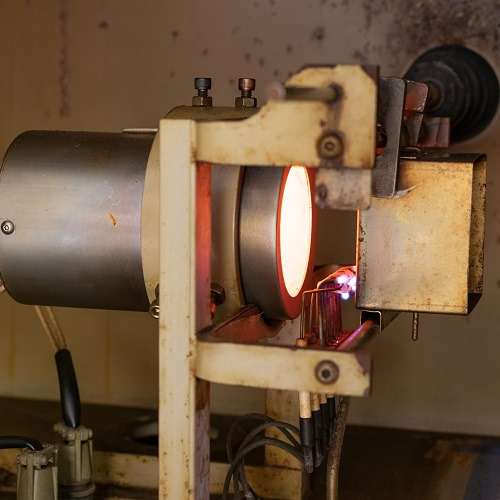 A test sample is placed into a chamber and exposed to either radiant heat (non-flaming mode) or radiant heat with a flame (flaming mode). The sample is exposed to heat and/or flame for a specified length of time (typically 4 or 20 minutes), during which time a photometric system is recording light transmittance values to determine optical density. The smoke must not exceed a maximum smoke optical density value which differs based on the test specification used.

Note 1: In the aviation industry, 14 CFR may also be referred to as "FAR" (Federal Aviation Regulations). You may see the requirements listed as FAR 25.853, etc.

Items in transport category aircraft require the Smoke Density test when they are located in a compartment occupied by the passengers. While there are some exceptions, these items typically include:

Note: Some manufacturers such as Boeing and Airbus may require both Flaming and Non-Flaming mode on additional products not listed above.

Materials used in constructing a passenger car or a cab of a locomotive These items typically include:

History of the Smoke Density Test

In 1966, the U.S. National Bureau of Standards (NBS) presented a paper on a fire test method for measuring smoke from burning materials. This NBS test method was adopted by the American Society for Testing and materials (ASTM) in 1979 as the E662 Standard Test Method for Specific Optical Density of Smoke Generated by Solid Materials. This ASTM test standard utilized the NBS Smoke Chamber.

In 1986, the ASTM E662 test standard was adopted by the Federal Aviation Administration (FAA) through the amendment of 14 CFR 25.853 - "Compartment Interiors". The new Section 25.853(d) required certain materials used in the construction of interior components to meet new smoke emission requirements specified in 14 CFR 25, Appendix F, Part V. These requirements were applicable to transport category airplanes with passenger capacities of 20 or more. Individual manufacturers and organizations also established their own internal versions of the aerospace Smoke Density test, such as Airbus (ABD0031/AITM 2.0007), Boeing (BSS 7238), McDonnell Douglas (DMS 1500), and ASTM International (ASTM F814, withdrawn in 1995). In order to facilitate improvements to the test standard without constantly changing the CFR, the FAA published Report DOT/FAA/CT-99/15 "Aircraft Materials Fire Test Handbook" in 1990. The tests in this handbook are considered an acceptable equivalent to those in the CFR. The handbook was updated in 2000 to DOT/FAA/AR-00/12, with the Smoke Density Test located in Chapter 6 of the handbook.

The ASTM E662 test standard was adopted by the Federal Railroad Administration (FRA) in 1999 through the creation of 49 CFR Part 238 - "Passenger Equipment Safety Standards". Section 238.103 "Fire Safety" required materials used in the construction of a passenger car or a cab of a locomotive to meet smoke emission requirements specified in 49 CFR 238, Appendix B.